Back when Disney bought CapCities/ABC, my contention was that what they really wanted was ESPN, but to get it, they had to buy all of ABC. Not only were they already in the Cable TV business, but there was a lot of synergy they could get out of a Disney/ESPN match up. Just look around Walt Disney World, and you see ESPN everywhere! From the ESPN Club at our resort, to various ESPN themed areas, all the way to ESPN’s Wide World of Sports complex. (Oh, by the way, there is an ABC Commissary at Disney’s Hollywood Studios, but the cafeteria on the 2nd floor of 1330 was a better place!) 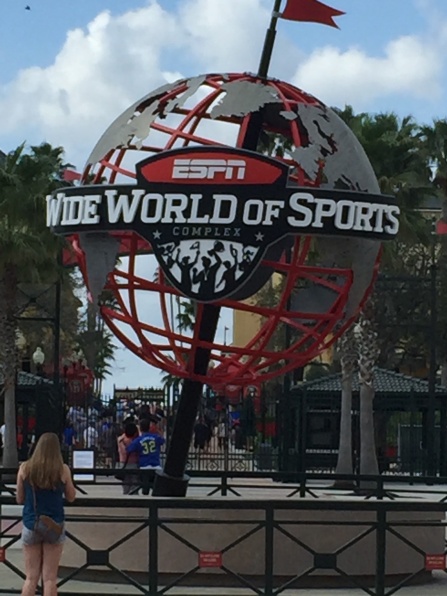 ESPN’s Wide World of Sports complex contains what they call a Baseball Quadraplex (4 professional sized baseball fields) that host several tournaments and training programs, Marathon Sports Fields (17 manicured fields) that can host soccer, football, or lacrosse, the HP Field House (4 different basketball courts under one roof), The Softball Diamondplex (6 softball fields, all equipped with lights), a Tennis Complex (featuring 10 clay courts), the Visa Athletic Center (a multi sport facility that houses cheerleading and dance, basketball and volleyball courts, and more), and then, a world class Track and Field complex! It’s also the home of Champion Stadium, which at present is the Spring Training home of the Atlanta Braves.

After I retired at the end of January, 2016, we came down for a couple of Spring Training games, and one of them was the Mets vs the Braves at Champion Stadium. More because of Disney than the Braves, it’s a very well run stadium, and your experience is closer to a major league park than we experienced when we saw the Mets later that same week, in Port St. Lucie. When we were planning this trip, I discovered that the Mets were once again playing the Braves during our stay, and I got tickets. Today was our ballgame day at Walt Disney World! 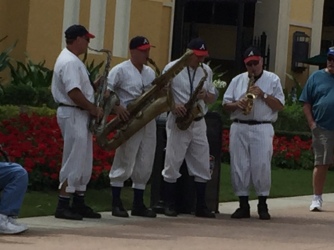 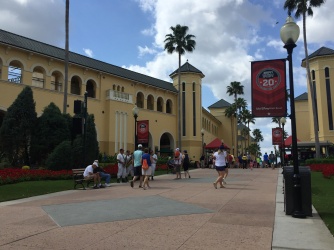 As we walked into the complex from the parking lot, we were treated to a concert by the Atlanta Braves Philharmonic Saxophone Quartet just outside the main gate. We’d see them again in the field before the game, and during the 7th Inning Stretch!

As the game started, we realized that these were the Unknown Mets playing today. With the exception of Matt Harvey, who pitched the first two innings and Zack Wheeler who pitched one inning, we’d never heard of any of the players. Well, that’s not quite true…Tim Tebow did take 2 at bats, but did nothing really. It was a beautiful day for a ballgame (well it was, once the sun went behind the building and we were in shade…before then, it was HOT), and the seats were great. Although the score went back and forth a couple of times, in the end the Mets came out on top, by adding 3 runs in the top of the 9th, after getting 2 outs, to beat the Braves 6 to 4. Oh, and yes, if you’re interested, they still do the f**king chop, which is perhaps the most annoying thing that happens when you watch the Mets and Braves play! 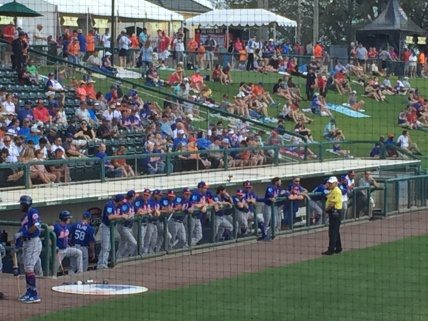 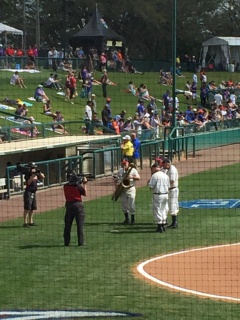 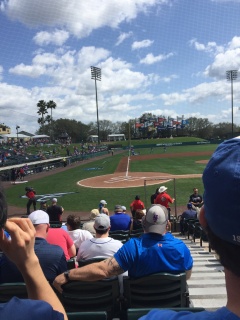 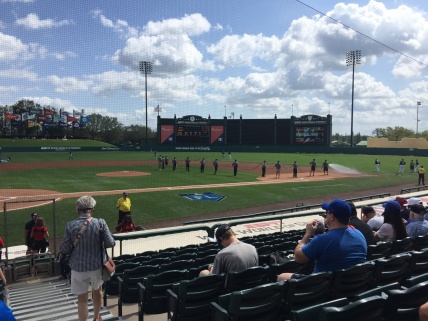 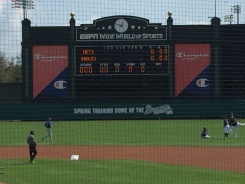 Matt Harvey, Tim Tebow and the rest of the “Mets”

After a short drive back to the Boardwalk, we dried off and came back to life in the air conditioning of our room. It was a good day, and honestly may be the one and only time we get to watch the Mets play baseball live this year.

Late in the day, after we felt alive again, we took the boat to Epcot and walked the World. 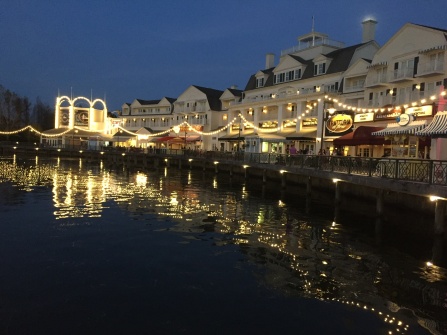 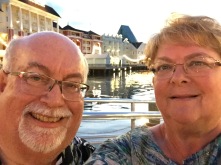 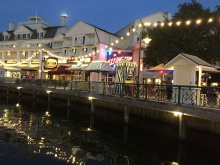 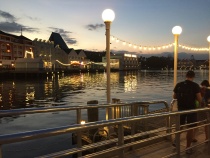 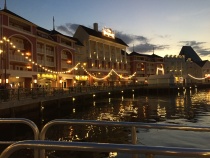 Dinner was Fish and Chips from the Great Britain pavilion. 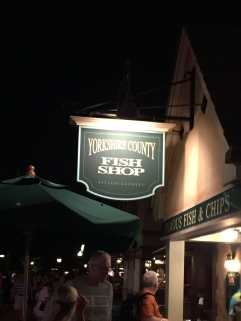 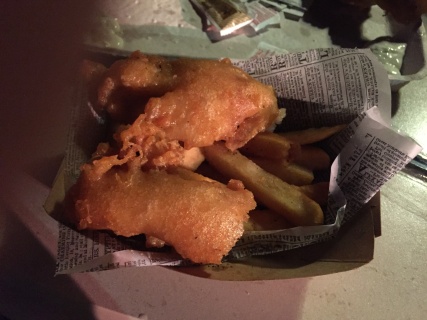 And then there was some shopping! Susie got a hat and a Minnie windbreaker, and I got a Mickey hat…got to use that 35% Cast Member discount! 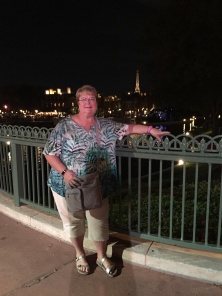 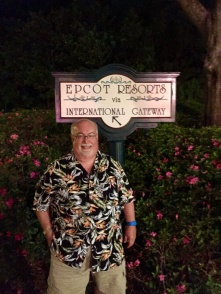 Then there was a boat ride back to the Boardwalk, where we watched one of the nightly boardwalk shows…. 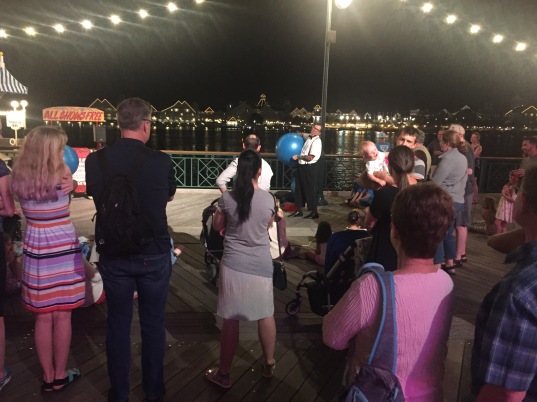 Before heading home, we stopped to see Allen at the Bellevue Bar for our nightcaps, where we discovered tonight he is involved with Boy Scouts, so we had plenty to talk about! 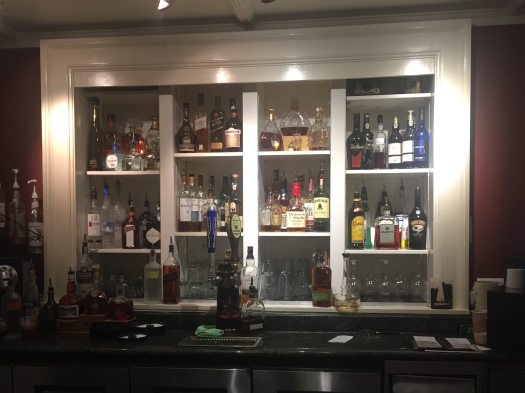 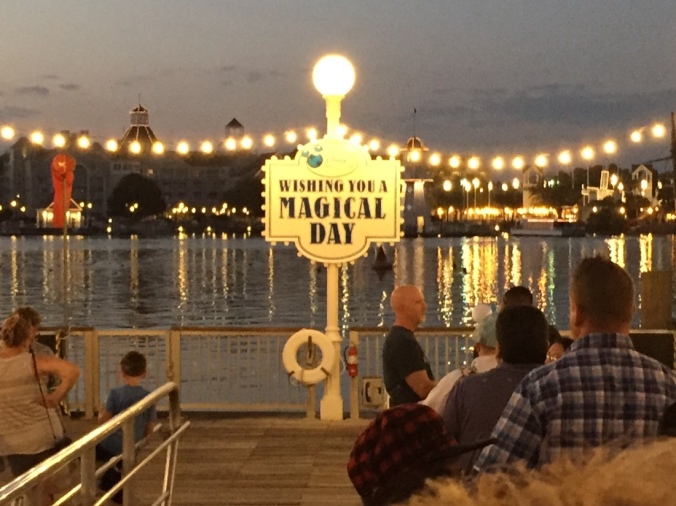