Last night was a fun night, as we headed to one of the kids’ favorite dive bars, Turtle Bay, down on Decatur Street, right across from the French Market. We started with Hurricanes for all, and then launched into some yummy food, which was good, cause we were all hungry! From pizza, to burgers, to what Kenny and I had, a Cochon de Lait PoBoy, which in English translates to a pulled pork sandwich with coleslaw and horseradish sauce! Yummy! Fortified, we started heading back, but the kids thought Mom and Dad had walked enough, and called us an Uber! 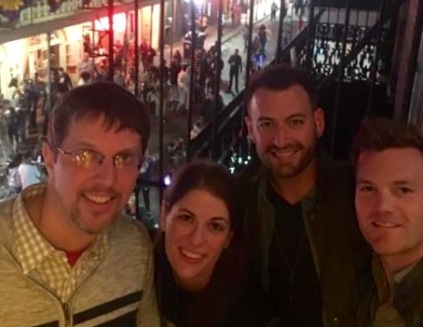 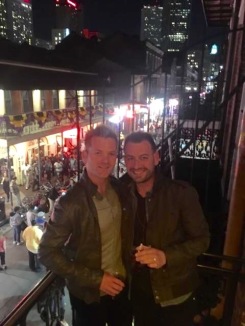 I will admit that Susie and I are obviously behind the times, because this was our very first Uber ride! The driver was a great guy, who we talked with all the way back to our destination, Harrah’s Casino. The car was a brand new Hyundai SantaFe, and Kenny said the ride cost $4.98! It was both easy and enjoyable, and perhaps something we old folks should look into. I guess it might be time to “get with it”.

Shortly after we got to Harrahs, the kids arrived, so if you can walk it, walking is probably a faster method. The casino was very busy, as was most of NOLA…it was a Saturday night after all. Having never been to Harrahs New Orleans, we took a couple of minutes to get acclimated, and then Susie and I sat down at a couple of machines. They were 1 cent machines we’d never seen before, and for those of you who aren’t familiar with slot machines, one cent is but the denomination you start with. In reality, you can bet up to 5 or 6 dollars a “pull” on these machines and multiply your bet. For some reason, Susie and I always seem to have good luck on machines we’ve never seen before, and perhaps even casinos we’ve never set foot in. All I can tell you is that the lucky streak we started with in Atlantic City last week continued, and we left with much more money than we came with! The rest of the gang wasn’t as fortunate.

Susie and I found the walking and the drinking and the driving had caught up with us, and we decided about 10:45 to head back to the hotel. Krissi and Mike had an early morning flight Sunday back to NYC, and they too were dragging, so they decided to hit the hay too. Kenny and Chris however ventured to Bourbon Street! Ah to be young…..

Krissi and Mike had an early morning flight back to NYC, so today it would just be the 4 of us again.   They got up early, and were at the airport by 8, while the boys slept on.  After being up for over 3 hours, Susie and I decided to head across the street to Harrahs Casino, and pick up where we left off last night! What do you know, it turns out that we were able to do just that!!

We were joined shortly by the boys, who took us to an area they playing at last night, and introduced us to an incredible Cocktail Waitress named Diva! What an incredible young lady, who knew our names within minutes and kept the drinks coming. Like our friend Ralph at Harrahs AC, Diva has been here since the place opened, and it shows! She put the “mojo” on a dollar machine the 4 of us were playing partners on, and it must have worked. The boys put $42 dollars into it, Susie and I put $100 in, and we split $1000.50 after playing for about an hour! Thank you Diva!!

Then it was off to the Acme Oyster house for some lunch! We were all starved, and ordered about everything on the menu! From oysters to shrimp poboys, to jambalaya and red beans and rice, it was all delicious, and we were so full! 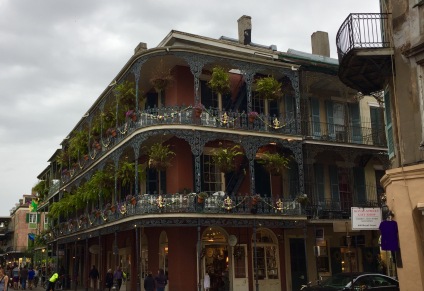 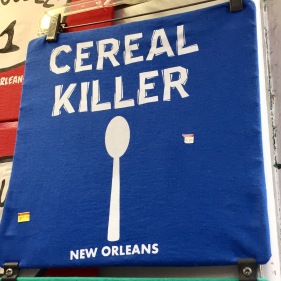 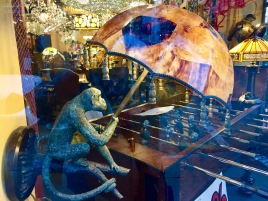 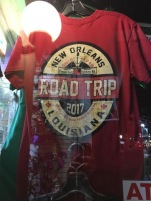 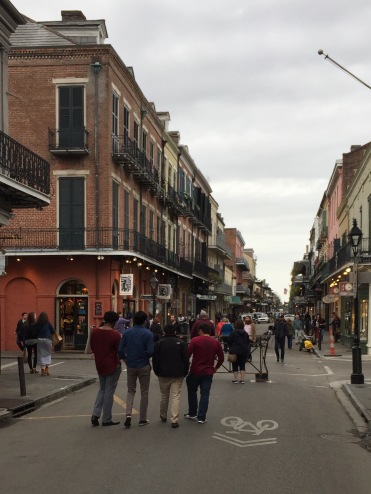 Of course, a trip to the French Quarter of New Orleans would not be complete with a visit to Pat O’Brien’s and a Hurricane or two…or three…or four!

When it was time to leave, the “old folks” were pooped, so Kenny and Chris had Susie and I load the Uber app to our phone. Then they walked me through ordering an Uber ride back to our hotel, and now Susie and I have taken our second Uber ride, but the first that I ordered!! 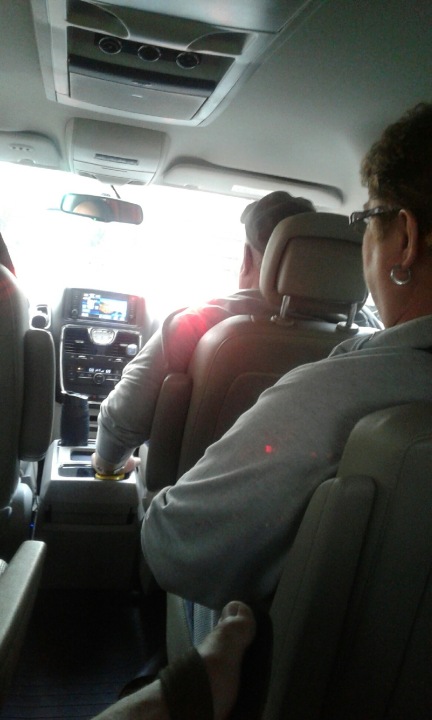 Thanks Chris and Kenny for exposing your old folks to the 21st Century!!

Relaxing in the room now at 6 PM with a drink, seeing what the boys may have in mind for tonight! Its good to sit down and the AC is nice also!

Tomorrow we’re on the road again to another Louisiana city named Bossier City and the Horseshoe Casino and Hotel, and a wonderful dinner for the 4 of us at Jack Binion’s Steakhouse. It will be happy and bitter sweet, as tomorrow will be our last day with the boys. They will continue their trek to LA on Tuesday, while Susie and I hang around for another day, and then head back east. 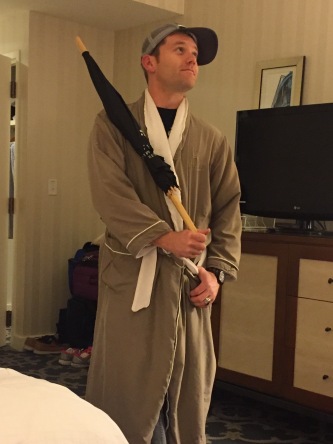