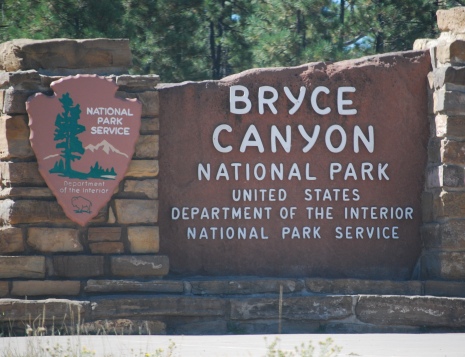 Another week has come and gone, and here we are on day twenty of our trip. Susie and I talked this morning, and we each wanted to know something from the other. The question was, were we tired of being on the road, of sleeping in a different hotel every night, and eating in restaurants. We both said that, no we weren’t. Susie says, “that’s because we knew this is what the trip was going to entail”, but I really wondered before we left if the boredom of the road would get to us! Apparently it hasn’t, but today Susie did ask me what was the first thing we should cook when we got home!

We had a great included breakfast this morning in the hotel before heading out. This Comfort Suites in Kanab, Idaho continues to amaze us! What a really great hotel, with great amenities, and an incredible staff! Of course, it doesn’t hurt that the hotel is brand new, but from the multiple charging ports in the room, to the incredible shower, to one of the best breakfasts we’ve had on the road, this place is really spoiling us! Instead of wishing we were home, in coming weeks, we may just wish we were still at the Comfort Suites in Kanab!!

Today was our day for Bryce Canyon. As I mentioned yesterday, we would have to do a little back tracking on Utah 89 to get there, but the drive is picturesque and the road is good. Oh, speaking about route 89, this has to go down in our records as the road with the most road kill we have encountered during our trip! From deer, to raccoons, to skunks, to chipmunks, they are all represented! Some you can recognize, while others are just a bloody ball of fur! Perhaps it happens at night, as we didn’t see many of these animals alive the three times we were on it, but then that was always before cocktail hour!

Before we got to Bryce, we stopped by Red Canyon, which is part of the Dixie National Forest. Some incredible views, including two tunnels that reminded me of driving through a redwood in California.

Then it was on to Bryce Canyon National Park, our 9th National Park/Monument of the trip! Still getting in with my $10 Senior Pass (hey, I am half Scottish), an incredible value! The guide books said to drive the entire 18 mile view road to the end, and stop at the view spots on the way back, because on the way in, all of them are on the left side. Even though school has started, and this is a Friday, the park was crowded, and a couple of the parking lots that are the starting points for multiple trails were full, even though it was before noon when we got there! We cannot imagine what Bryce Canyon National Park is like in July or August!!! We stopped at the view spots we could get into, and tried to capture the incredible views in our pictures. Take a look and see if you think we accomplished our mission.

On the way out, I wanted to stop at the Bryce Lodge, because I’d read that it had been totally restored. To be honest, I wasn’t that impressed. For me it just didn’t compare with the Lake Lodge in Yellowstone we stayed at. I guess I expected a real world version of the Wilderness Lodge in Disney World (remember, I am a 50% off Disney Retiree), but it really wasn’t there! I understand the importance of staying on site at Yellowstone (that we did) or Grand Canyon (which we do next week) because of the immense size of the parks. But honestly, I think I’d rather stay at one of the two Best Westerns that were about 2 minutes from the park gates and perhaps 5 minutes from the lodge! To be a guest at a National Park lodge, you do pay a price in dollars and in inconvenience. In Bryce Canyon, my opinion is that it’s not worth paying!

Susie did find a picture in the Bryce Lodge of tours of the park that happened in a touring car, like the one we used to tour Yellowstone, but older!

We are back in the hotel now, having a drink and preparing for dinner. We think we are going to have our first Chinese meal we’ve had in several weeks, and are going to have it in Kanab, Utah! Will report back below!

Ok, dinner is over and we are back in the hotel. We have read many places about Luo’s Chinese Restaurant, and all the comments were favorable, so we figured we had to give it a shot! We had the Lucky Dinner, which included soup for two, a plate of appetizers (Egg Rolls , Fried Shrimp, and Cream Cheese Wontons), and 2 entrees. We ordered General’s Chicken and Beef and Broccoli. The egg rolls were more like what we know as spring rolls, and the cream cheese wontons are what we call Crab Rangoons, but without the fake crab. The soups (Susie had Hot and Sour and I had Wonton) and the appetizers were good, even though the wontons were more like pot stickers. The entrees were good too, but the best was the accompaniment to the entrees…Ham Fried Rice. Yes, they did not play with the kind of pork in the rice, they just called a spade a spade! It was really rice, with some soy sauce on it, tossed with some chopped ham. Considering we are in Utah, we could have done a lot worse!! 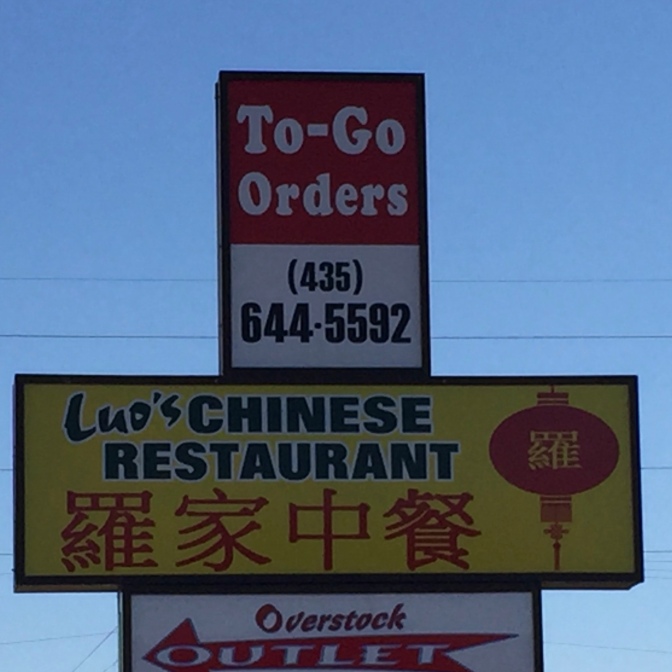 Tomorrow will officially be 3 weeks on the road…see you in day 21!