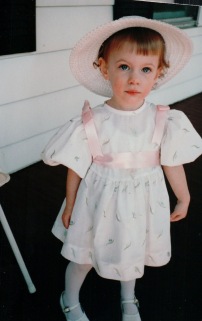 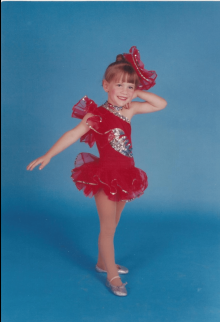 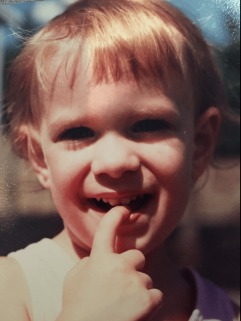 As a parent, it seems that the years just pass too fast.  You turn around, and that little girl who was just learning to walk, is driving.  Then she’s going to college, and then to graduate school.  Then she’s moving out of her teenage bedroom and into her own apartment.  Then she meets a guy she likes, and the next thing you know, she’s getting married!  Yep, life just flies by!

In just a week, our little Krissi, all grown up and now an administrator at Weill-Cornell Medical Center, will officially change her last name from D’Elia to Mikowicz, as she and Mike tie the knot!  Susie and I are so very proud of what our little girl has made of her life, and thrilled by her choice of Michael Joshua Mikowicz as her life partner!  These are two great kids (excuse me…adults), and we are so happy to have Mike, and the Maryland Mikowicz Family join together with our family! 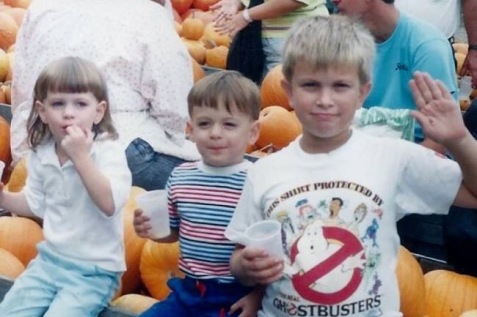 Krissi is our “middle child”, the two minute older sibling of her twin brother Kenny, and the 4 year younger sister of big brother Bill.  Right from the start, these twins couldn’t have been any more different.  Well, the obvious is, of course, him being a boy and she being a girl, but they were 6 weeks premature, and basically that’s because Krissi wanted to get out and see the world, while Kenny would have been happy to bake a little bit more in Susie.  Because of that, she was out of the NICU in only 18 days, while Kenny needed 28 days to get to 5 pounds.  As they grew up, Kenny was the one more likely to take a risk, while Krissi liked the safer side of the street.  Kenny was also one to cut people off quicker, while Krissi was in for the long hall! 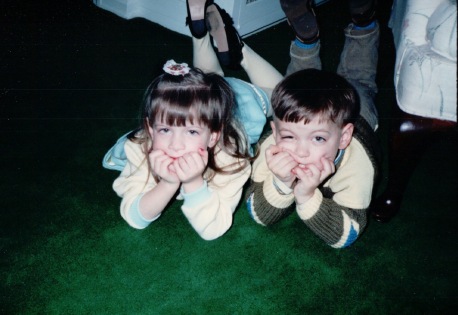 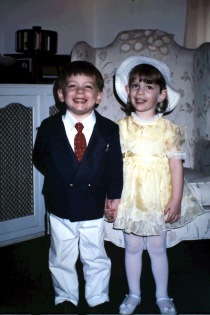 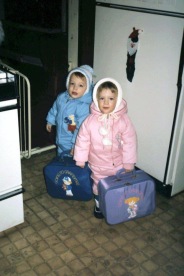 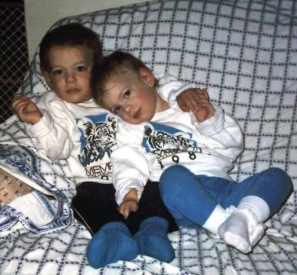 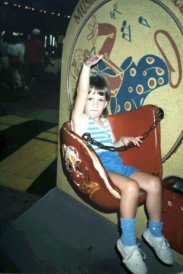 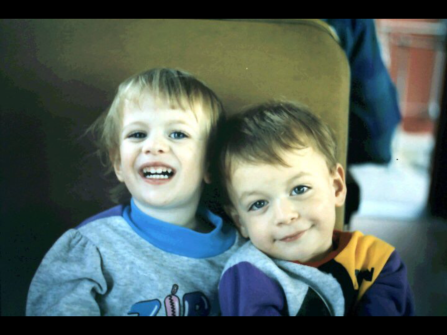 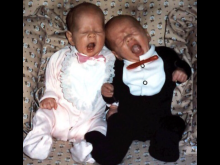 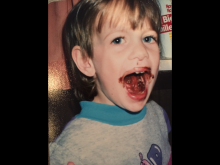 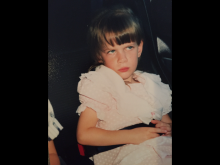 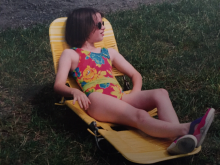 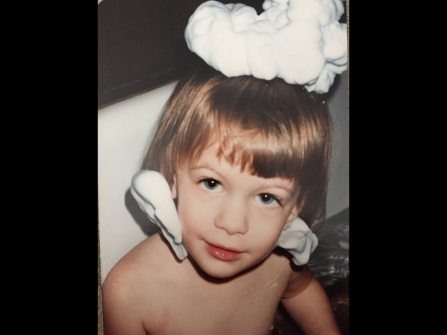 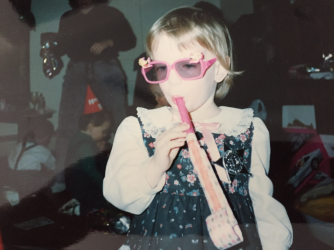 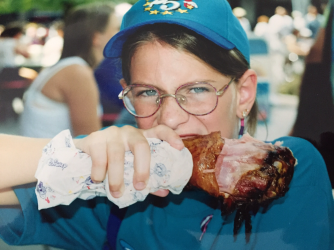 As Krissi grew, it became obvious that she cared greatly for people and their welfare.  She was the girl to sign up for a cause!  When her brother Kenny came out to all of us, she was his staunchest defender when kids at high school would give him a hard time.  When you have Krissi on your side, you’ve really got all you need!!

When she went off to college, we were a bit worried about how she’d take being away from her twin brother.  The day we dropped her off at Clark University in Worcester, Mass., I’m not sure who was crying more…our daughter or her Mom!  But quickly we realized we had nothing to worry about.  She made friends (most of which she still has to this day), attacked her studies with passion, and got involved in extracurricular events.  She graduated with dual majors, a ton of friends, and a nice resume of achievements, many having to do with the welfare of Clark students and the residents of Worcester!  Then she came home.

A couple of pictures of the “Original Five” first at Brother Bill’s Wedding and then in Atlantic City!! 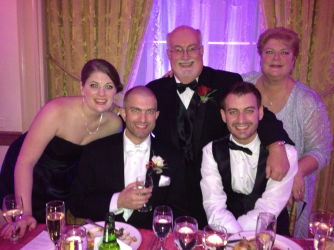 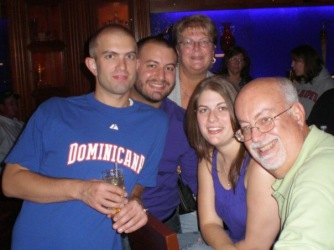 As hard as that was for any college kid, this girl had direction.  She wanted to help people, so she got herself an intern position with the NYC Human Rights Council.  She loved the work, the causes, and the people she worked with, and wondered if this could be a career.  She decided that perhaps getting a Masters of Public Administration degree might be a good first step, so she applied to several graduate schools. She also decided that she needed some money of her own, so she set out to get a job.

Getting accepted to several graduate programs, she decided to go to my Alma Mater, LIU Post, and for money, she got a part-time job at a local cardiologist’s office.  Once school started, she was working several days in NYC, several more at LI Heart near the Mineola Train Station, and traveling nightly from Mineola to Greenvale.   She was one busy young lady!  She originally was hired at LI Heart to digitize medical records, but pretty soon her work ethic brought her to the attention of the folks who ran the place and forced her to make a decision.  They wanted her to work there full-time, but that would mean giving up her internship.  She loved her intern work, but realized that taking the full-time job was the smarter move on her part!  She was great at getting the job done and at customer service, which I always credited on her three summers working at Bed Bath and Beyond.

Working at LI Heart, she realized that there were many people she could help working in the medical profession, so she tailored her MPA degree more towards Medical than Non-Profit.  The girl had found what she wanted to do, and knew how to get there!  She continued to work at LI Heart, continued to excel in her graduate studies, and continued living at home. 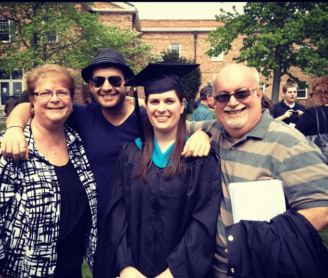 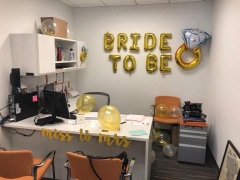 Once she got her MPA Degree, she moved to Astoria, but continued working at Long Island Heart and commuted every day from Astoria to Mineola.  They were hot to keep her at LI Heart, but she knew that to really grow, she had to find a position in a bigger organization, and sent out resumes and went to many job interviews, till she was finally offered an entry level position at Weill-Cornell.  Foot in the door, our girl excelled, as usual, and as they say, the rest is history! 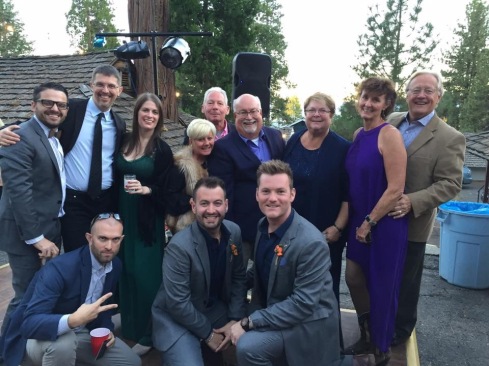 She met Mike through on-line dating, and being the cautious person she is, didn’t saying anything to Mom and Dad for several months.  When she finally spilled the beans, they were well on their way to having a meaningful relationship. Mike joined us one Wednesday for “Nail Night” at the St. James, and after the first night, we were sold on him.  There were more nail nights with Mike, and pretty soon we felt like he was part of the family!  He went to the bathroom one night and I told Krissi, “If you break up with him, we’re keeping him!”  They didn’t and we’re thrilled!

Susie and I couldn’t be any prouder of these two.  They care about people, they are smart, they are fun, they are financially responsible (Krissi has already paid off her graduate school loans), and they are perfect together!  Mike makes Krissi laugh at herself, take chances, and to be an all around happy person!  I wish she didn’t work as hard and long as she does, but perhaps we can blame that on Bed Bath and Beyond too!  Just like with Susie and me, we think this match was made in heaven, and we could not be happier!!

To Mike’s Mom Paula and Dad Jerry, his sister Sara and her husband Gabe, and their kids Maddy and Ethan, welcome to the Family…but then I think you know you were part of our family already!  Saturday just makes it legal! 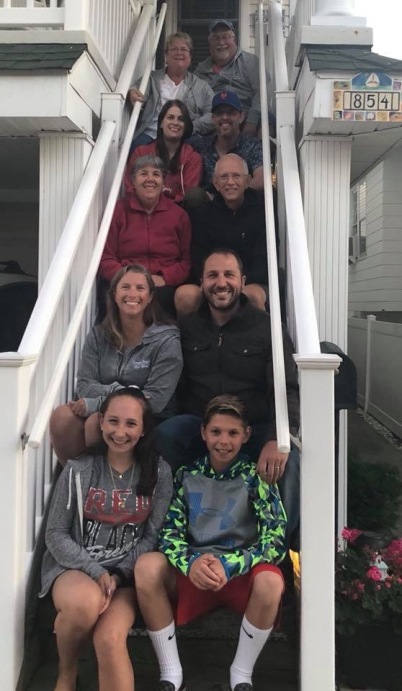 Cheers to the new Krissi and Michael Mikowicz!!  Mom and I love you both so much and couldn’t be happier!!!