Isn’t that a wonderful name, for a town in Florida? Well, in case you’ve wondered where we’ve been for the past couple of days, we have been in the aforementioned town, visiting with our cousins Jeanne and Walt. My Mom was the oldest of three kids, and grew up with 2 younger brothers. Jeanne’s Dad was middle brother Bill, and she’s slightly older than me, and the person who has known me longer than anybody else in the world.

Susie and I got here Wednesday afternoon, and have been having a great time with our family. We’ve sat around the dining room table, or on the screen porch, talking, and talking, and talking the night away. In fact, that first night were were here, we all looked at our watches and discovered it was almost 3 AM! That’s just the kind of relationship we have, and we love that too!! Oh, and by the way, it’s not just what we do in Florida, we did exactly the same thing when they came to spend time with us in Ocean City last year!

Today, Jeanne made plans to get us off our asses and out of the house, and thanks to her, it was a wonderful day! We started this morning with an Air Boat ride. These were always things that fascinated me when I was a kid and we’d visit Florida, or when watching old TV shows like Flipper or The Everglades. The last time we’d been on one, was way back when the kids were little, and we took a ride on a big one out of Homestead. This was a great sized one, piloted by Bob, who was a snowbird from point Pleasant, New Jersey. We each had wireless headphones, and Bob gave us a great tour and narration.

We saw lots of Florida wildlife, beautiful plants, and trees, and even some alligators!! I was enamored of the beautiful colors, especially the blues of the sky and water! Ah, Florida in February!! 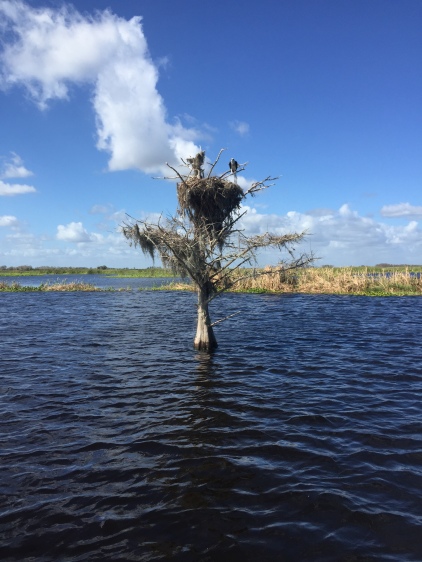 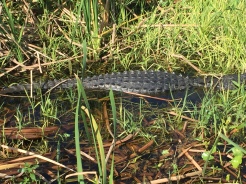 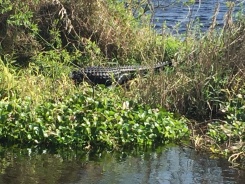 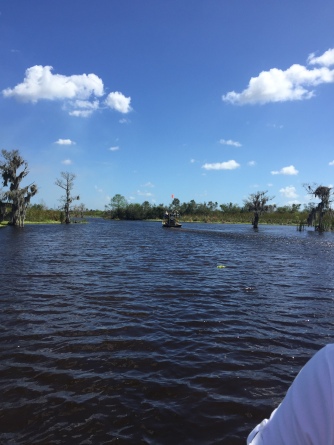 After saying goodbye to Bob, we headed out of the Blue Cypress Conservation Area, and Jeanne and Walt said they had the perfect place for us to go for lunch! Yee Haw Junction was where we were going, and since Jeanne was driving, and Susie and I were in the back seat, off we went! As we traveled, Walt started to explain to us that Yee Haw Junction was not it’s original name. That was Jackass Junction. But as Florida’s population started to grow, and the Florida Turnpike was being built, the powers that be decided that Jackass Junction wouldn’t look great on an Exit Sign, so the name was changed to Yee Haw Junction!

And where did we have lunch? Well, it was called Desert Inn Bar and Restaurant and let’s just say that had Jeanne and Walt not been our hosts, we would have driven right by. Had we driven right by, we would have missed an incredible experience! It was fun, the drinks were cold, the food was good, and the atmosphere was…..well, look at the pictures below, and you decide! 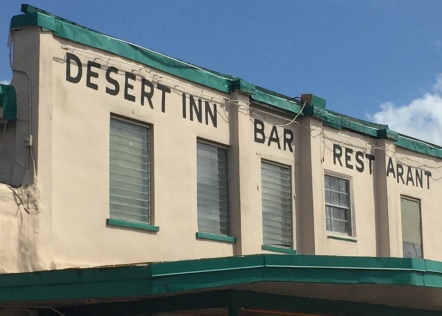 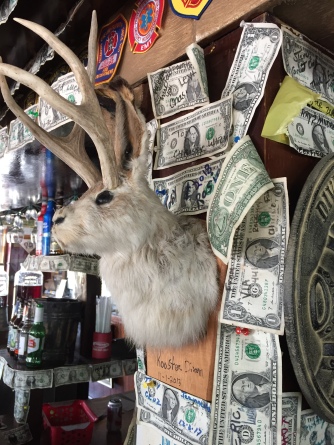 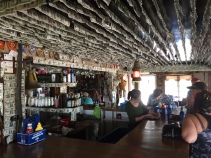 So we’re back at the house now, sitting around the dining room table, looking at the pictures we took today, laughing about the folks we saw in the restaurant, and enjoying just being together.

One thought on “Barefoot Bay, Florida”