This whole weekend carries many memories for me, as it was always one that seemed to make the D’Elias a typical American Family. In the early days of being a family, the weekend always started with a great fireworks display on the beach Friday night at Bar Harbor, on the Long Island Sound side of the Town of North Hempstead. We attended this event for many many years, and over the years, our group of friends changed and grew. It started out being folks from ABC, then church friends were added, eventually the kids’ school friends’ families, and then neighbors and our Boy Scout friends joined. Whatever the make up of the group, it always was centered around sitting in a beach chair, surrounded by our kids and friends, watching a wonderful Gucci fireworks show. What could be more American than a local fireworks display on the beach to start your Memorial Day Weekend? 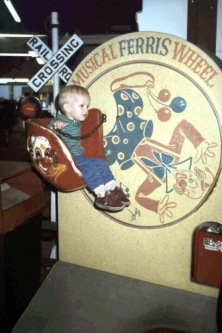 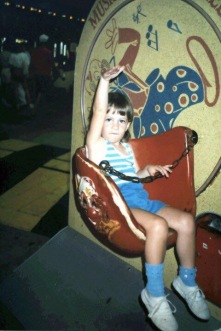 Then, Saturday morning, bright and early, it was time to pile everybody in the van and hit the highway. To be specific, to head to the Garden State Parkway, and even then, our spiritual home, Ocean City. We’d stay in a motel, we’d walk the boardwalk, we’d eat pizza and french fries, we’d play ski ball and mini golf, and join with hundreds of our Shoobies in the traditional first week of the summer season in whatever year it happened to be. That was our usual Saturday and Sunday routine, and then Sunday night. we’d pile into the van again, and start the northbound trek up the Garden State Parkway home to Long Island.

While Memorial Day’s date would change year to year, one special event that was also usually centered around this weekend was Susie’s May 28th birthday. Some years it happened before the actual weekend, and some years after, but the many years that it landed on the weekend, it was a huge part of the D’Elia Family’s Memorial Day weekend. Some years it was celebrated with a candle in a Hostess Cupcake in a motel room, some years there was a fireworks display on her birthday to mark the special day, and some years, the Village of Mineola even threw a huge parade to celebrate…Susie never knew exactly what form that year’s celebration would take!

As much as we love the traditions that have become such a huge part of our family’s life, as time goes on, things change. Eventually the fireworks display on Friday night at Bar Harbor ended, and we no longer had that anchor for our weekend. The kids got older, and they had their own life, and were no longer interested in Dad’s version of the typical American Memorial Day Weekend. For the past 13 Memorial Days, we’ve owned our house in Ocean City, and so that has led us to create new traditions. For many of those 13 years, we have had the kids join us at the house, we’d spend the weekend on the beach, on our front porch (when the weather has been better than it’s been this weekend), surrounded by our family and their friends, and our Ocean City friends who have become more like family than friends. We’ve celebrated Susie’s special day with the kids, at the Ocean City Yacht Club, at a surprise party at a friend’s house, or just sitting around having friends drop in to have a drink, and share her special day with her. If you ask me, great new traditions that will last forever! 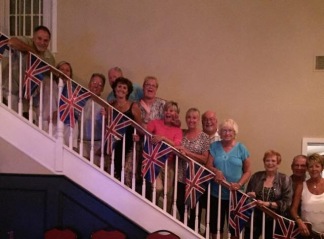 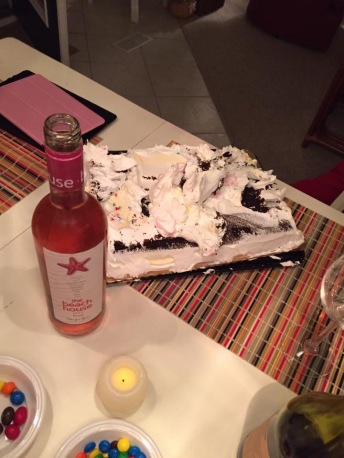 But if you remember earlier, I said we’d pile into the van on Sunday night and head home, and that’s because of the longest standing tradition in the D’Elia Family’s life. This was one tradition that transcended the many changes in our lives, that took different forms in some years, and was enjoyed by different people, but was a constant part of this weekend for us for close to 30 years, The Mineola, New York Memorial Day Parade.

From Billy’s first year in Cub Scout Pack 246, through the years when younger brother Kenny joined him, the years when Billy transitioned to Boy Scout Troop 45, to the years when Kenny and Dad joined Billy in Troop 45, to the years when Billy went off to college, and even long after Kenny stopped being a Boy Scout, marching in the parade was a constant part of this weekend. Some years my Mom would drive in from Bayside, and she, Susie, and Krissi would stand on the side of the road and cheer us on. Some years Susie’s Dad would join us in the parade, and we’d end up after the parade at a party at her Dad’s VFW Post in Albertson. Some years we’d sit on a neighbors porch and reflect on the day and the parade, and for many years, the day would end at our good friends Pat and Steve Grosskopf’s house, as Scoutmaster Steve would throw a huge post parade party for the Troop 45 Family! 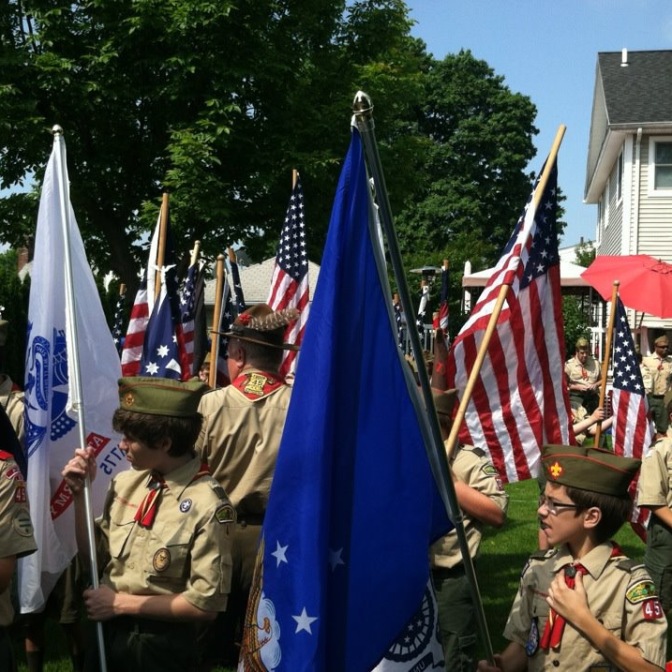 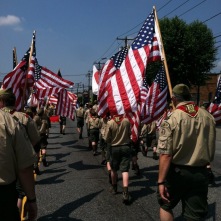 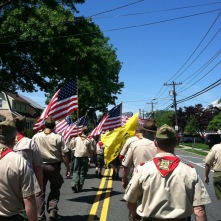 For most of the last 13 Memorial Days, no matter what has been going on at the Ocean City house, and no matter who was with us for the weekend, and no matter how late Sunday night went, our routine has been to set the alarm for 5 AM on Monday morning, quietly get up and get dressed, sometimes climb over sleeping people, get out of the house and into the car, and head for an empty Garden State Parkway and the Village of Mineola, arriving in plenty of time to change clothes, and get over to the start of the parade. We might have been somewhat sleepy, but remembering those who had given their lives for our freedom, and reminding the boys of Troop 45 why we were doing what we were doing, had become a very important part of our Memorial Day Weekend.

Because both Susie and I were retired last year, and there was no reason for me to be in NYC on Tuesday morning, we made the hard decision to change our routine and not head back for the parade. Mother Nature must have felt bad for us, because she opened the heavens in Mineola, and the parade was canceled because of torrential rains, so we didn’t miss a parade. As I write this on Memorial Day, 2017, I’m sitting at the table in our Ocean City house, reading a weather forecast for heavy rain the Mineola, and wondering if the parade will happen, or if it will have to be replaced with a smaller indoor ceremony to commemorate the day. Either way, we won’t be there, ending yet another tradition in our life.

But no matter where we are, and no matter what we are doing today, on Memorial Day Monday, my heart will always be walking the streets of Mineola, following a large group of young men, holding many American flags, being proceeded and followed by many other organizations, seeing friends and neighbors on the side of the road cheering on the marchers, and remembering the sacrifices that so many made so that we can have the lives we now enjoy. I’ll remember our long standing Memorial Day Weekend traditions, and always be thankful that it was because of the sacrifices of others, I am blessed with these wonderful memories, our wonderful family and friends, and the ability to live the life we now live. Our family was lucky that all those from our circle that served, returned home safe and sound, but for the thousands of families who were not as fortunate, today has even more meaning. Please remember them today, and their heroes who may have died at Pearl Harbor, or a trench in the First World War, or over the South Pacific or wherever they were standing up for what they believed.

Memorial Day is truly about memories!