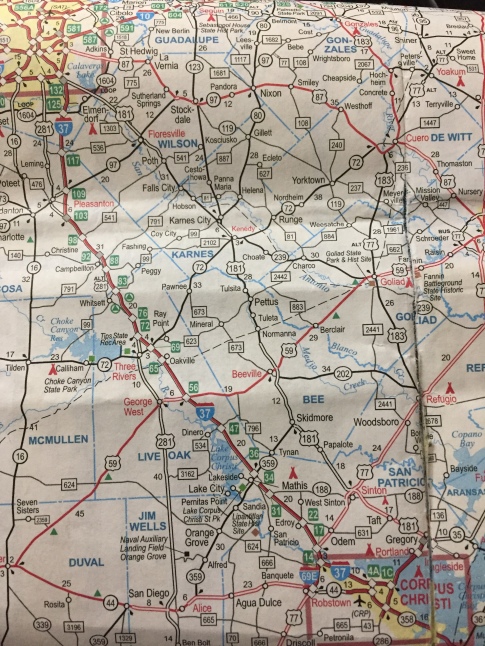 It was time to leave San Antonio, and we were sad. Sad because we loved the Homewood Suites Hotel, loved the city of San Antonio, and loved all the people we’d had the opportunity to interact with.  Of course, the day we were leaving, we woke about 8 AM, threw open the room darkening curtains, and were greeted by a beautiful sunny day, as we looked down on the Riverwalk!  Oh well, we figured that yesterday had been such a perfect day, we probably wouldn’t be able to duplicate it, sunny skies or not!  Time to move on!

We went down to breakfast this morning, saw some of the usual characters we’d seen for the past couple of days, but not our two friends.  Really, what’s the likelihood we’ll see Hotel Friends from Trinidad and Kentucky ever again?  After another nice breakfast, we returned upstairs to get our act together, and about 10:40, I called down to the Valet to get the Sonata out of the garage.  She was waiting there for us after we checked out of the hotel, and we loaded up, and were on our way in a few minutes.

If we’d just gotten on the Interstate, Corpus Christi was just a little over 2 hours away, but as we’ve said before, it’s not always about the destination, but how you get there.  We decided to take a little detour, and visit one of the five Spanish Missions that were erected in the early 1700s, with the last one of the group being the Alamo.  They are all part of the San Antonio Missions National Historical Park, and we visited the middle mission, San Jose, because it is where the Visitor’s Center is located.  After watching a 25 minute movie about the Spanish Missions, we ventured out to the actual mission.  Frankly, I think this was more what I was expecting at the Alamo, as here, the entire wall surrounding the church is still intact, and there is Indian and Administration housing still on sight.  It was a more complete view of what a mission was like, and in that way, more interesting.  The fact that this mission is still an operating Catholic Parish Church was also interesting.

After leaving the mission, we could have hopped on the Interstate, but again decided to follow advice we’d been given (Thanks Walt) and take one of the smaller roads to our destination. US 181 headed south and honestly was a much more interesting drive, with a lot of small towns along the way, and some interesting things to see.  It took about an hour longer than the Interstate probably would have, but was much more enjoyable!

Something that was with us at the mission, and we had “along for the ride” almost all the way to Corpus Christi was little bugs, that we realized were butterflies.  Once we got on US 181, they  were everywhere, and were hitting the car and splattering across the windshield!  It was almost like a scene in a Hitchcock movie, and we wondered what was up, so Susie Googled “Butterflies in South Texas”.  Turns out that we were in the middle of the annual migration from Canada to Mexico by the Monarch Butterflies!  Sorry to say, that hundreds of them will not make it this year, because they died on the grill, hood, and windshield of the car! 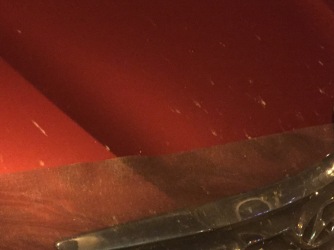 As we got closer to Corpus Christi, we saw something we hadn’t seen in a couple of weeks…farms!  It was back somewhere in the Midwest, before we got to the mountainous regions and places with ranches, that we’d last seen real farms.  Plowed fields, and silos, and something else…windmills by the hundreds!  Just so we know we are in Texas, there were also oil wells, and a huge ranch or two! 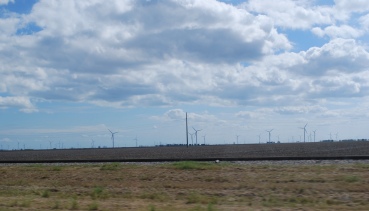 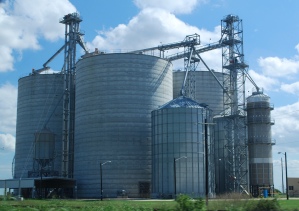 Last weekend, we missed the Air Show in Ocean City that takes place every year along the Boardwalk.  Well, to make up for it, as we traveled along US 181 today, we were treated to a private airshow!  We don’t know if he was learning how to fly, practicing aerobatics, or just having fun, but we enjoyed the brief show!

As we got to Corpus Christi, we also returned to something else we hadn’t been at for close to 2 months…the shore!  We left Ocean City and the Jersey Shore 2 weeks before we embarked on our Big Adventure, and until about 3 this afternoon, we hadn’t seen anything that looked like a coast!  Big power boats, sail boats, heck, even an aircraft carrier!  Not only that, but after spending weeks at elevations of 8,000 feet and above, we were back at sea level!  It was hot, and humid, and looked like we could have just as easily been in Florida, as the Gulf Coast of Texas.  It was nice to feel like we were home!!  We’re at the Best Western Marina tonight, right on the Seawall in Corpus Christi, and it’s nice to see water out our window!!

Tonight, we did our usual trick of opening up the Apple Map on the iPads, and seeing what was in the immediate area for dinner.  After some reflection, we zeroed in on Landry’s Seafood, which we saw from our balcony, and we think we made an excellent choice!  For the second night in a row, our waiter’s name was Richard…Kismet?  We had a couple of great drinks, one of the best calamari appetizers we’ve ever had, two great seafood entrees, and split an obscene Bananas Foster dessert!!!  Can you say full???

Landry’s from our balcony 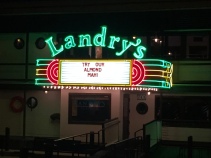 Returning to our hotel, we ventured up to the Grandview Lounge on the 11th floor, and had a couple of Grey Goose on the rocks with a twist. Say that in NY or NJ, and they know exactly what you mean.  Everywhere else they ask, “lemon or lime?”  We enjoyed the drinks while looking over most of Corpus Christi!  A nice way to end our first night in town! 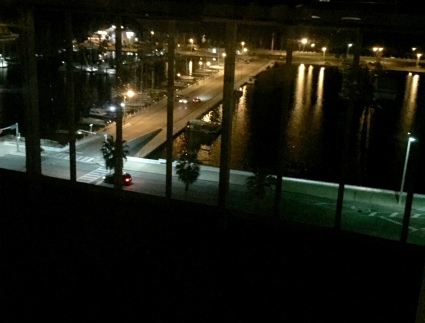 Tomorrow we get to explore Corpus Christi, see about visiting an aircraft carrier, and get ready for a cruise which sets sail in just 4 days!  This is day 7 for us in Texas and we’ve enjoyed it a lot.  From spending time with our good friends Nancy and Mike on day 1 and 2, to three lovely nights in San Antonio, we are very taken with Texas!  I guess it’s only fair, that based on it’s size, we’re spend more days in the state of Texas than any other state during our travels!  We’ve talked about it, and think that someday in the future, a Texas Exclusive Road Trip may be in our future!