Well, after a glorious five plus weeks away, we are back in the frozen north.  Although we had a great time down south, for the first couple of weeks, winter followed us!  Visiting Billy and Lori and our Grandkids in Raleigh, North Carolina, Susie and I woke one morning to a temperature of 17 degrees!!  A couple of days later in Charleston, South Carolina, we woke one morning to find the temperature at 37 degrees!  Even later that week, during our stay in Savannah, Georgia, the morning temperature was 47 degrees!  Then came Florida!

We had 3 weeks in a condo right on the Gulf of Mexico in Indian Rocks Beach, a wonderful place we stumbled on last year, that’s located just south of Clearwater.  We looked out the sliding doors of the living room, and there was the Gulf and a beautiful beach!  Unfortunately, for almost the entire first week, we sat on the couch in the living room, looking out at the beach, with the heat on and blankets across our laps!  Oh boy…looks like we made the wrong choice coming the last Saturday in January!

As I said, we literally stumbled on to Indian Rocks Beach last year during our swing through Florida, and the plan was hatched to return in the winter of 2019.  Unlike a lot of the towns up and down the Gulf Coast of Florida, IRB is made up mostly of homes and small condo buildings, feeling a lot more like a Florida beach town of old, rather than a modern interpretation.  Eventually, Mother Nature shined on us, and we had many lovely days with warm temperatures, and really got to enjoy the beach and pool! 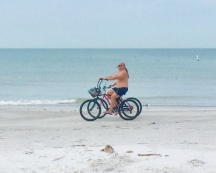 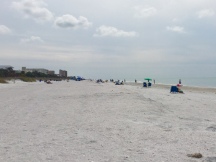 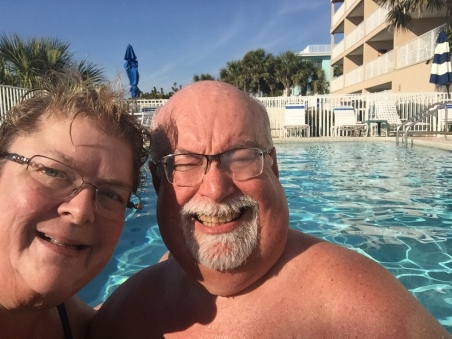 For me, one of the real changes of staying on a Gulf Coast beach, was the fact that what looks like the “Ocean” was to the West, rather than the East!  Growing up on Long Island, and now living at the beach in Ocean City, the “Ocean” has always been generally to the east of us.  Now, here we are, still on the east coast, but on the Gulf Coast of Florida, and the “ocean” is to the west!

One thing that I can not deny though, is that staying on the Gulf Coast, facing to the West, made for some great sunsets!  Be them via our iPhones or our Nikon digital SLR camera, the pictures are memorable!

Take a look at some of our favorites!

We loved our time in Indian Rocks Beach…so much that we’ll be back next February for the whole month!  Let’s hope Mother Nature is nice to us! 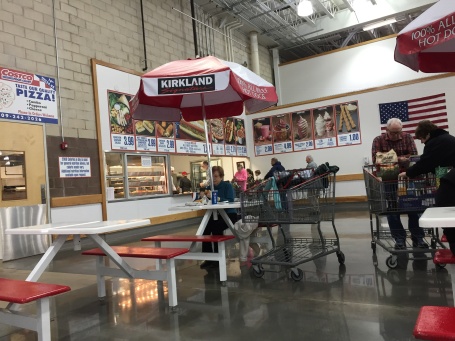 FYI…we’ve become “those people” who lunch at Costco (come on..two huge hot dogs with sauerkraut and all the toppings, plus 2 sodas for $3.20 including tax…why not?) and who run off to Florida in the winter!

Susie retired in 2013, and in just a couple of weeks, it will be three years since I left WABC on January 29, 2016.  In February of 2016, we headed down to Florida for a few days at Disney World, and to catch a couple of the Mets Spring training games.  It was a real treat to experience a bit of a preview of the Summer of 2016, and I guess we got bitten by the bug!  In February of 2017, Susie and I participated in the  southern swing of the “Kenny and Chris Relocating to LA Tour”, and spent some time in Disney World with the boys, and then New Orleans with the boys and Krissi and Mike, before they headed off to California and we headed back to winter.  Last year we toured a large part of Florida, heading down in February and starting at Indian Rocks Beach on the Gulf Coast, traveling down the Gulf Coast, then across the state, down the Keys to Key West, up to Hollywood, then to my cousins in Barefoot Bay, and we ended up with 5 nights at the Boardwalk Hotel in Disney World!  All told, a little over 3 weeks away from the winter! 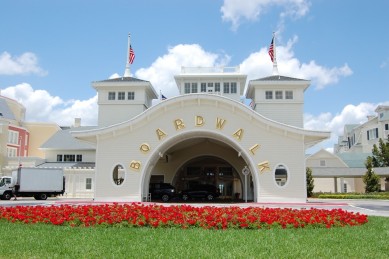 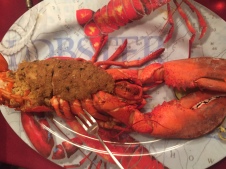 So, this year, we are being pigs!  We leave this Saturday with our first stop being Raleigh, North Carolina, the home of our oldest and his wife, and our 2 grandchildren!  It will be Christmas #3 for Susie and I, this time complete with Christmas Eve traditions of Shrimp Sauce over Linguine, and Lobsters stuffed with Baked Clam Stuffing!  After a couple of days there, we start slowly making our way to the Sunshine State, with stops in Charleston, South Carolina, Savannah, Georgia, and Darien, Georgia and our favorite shrimp place, B&J’s Steak and Seafood!

Last year we fell in love with Indian Rocks Beach, Florida and we’ve decided to return to the scene of the crime.  We’ve rented a condo right on the Gulf Coast for 3 weeks, and we look forward to a lot of warmth, sun, surf, pool, and fun!  During the course of our time there, our cousins Jeanne and Walt will come to visit, as will Krissi and Mike for a long weekend!  We only hope our favorite Florida bartender Lindsey, who we met at our hotel bar last year, is back on her feet and we can spend some quality time with her! 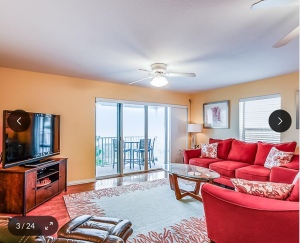 After that, it’s off to the East Coast and a 3 day stay at the lovely Doubletree Resort we really didn’t take advantage of during our stay there last year in Hollywood, Florida.  More pool, sun, warmth, and Tiki Bar time we hope!  Then we are off for 5 nights with our cousins Jeanne and Walt at their place a little further up the coast in Barefoot Bay, Florida!

Although a stay at Disney World has been a part of our last 3 escapes from winter, we decided to pass on it this year.  Even with my Disney  Retiree benefits and discounts, it’s still an expensive stay, and that 3 week condo rental is costing us enough.  Plus, we were so disillusioned by all the crowds there last year, and the attractions that broke down, that we think we’ll take a year off, and decide again next year.

So that’s it.  If you did the math, you’ll have come up with five plus weeks away this year.  We hope to be in warm weather for the better part of 5 weeks, only dipping out of shirts and flip flop weather on the way down and back up.  I told you we were being real pigs, but there is nothing like that Summer Preview you get from spending some time in warmer climates, when it’s snowing at home!